The cybersecurity company Kaspersky announces its sponsorship with Reinis Nitiss – Latvian racing driver who has secured two FIA European Rallycross Champion’s titles and is known for his speed and talent. Reinis becomes an ambassador of Kaspersky in the Baltic States.

With a shared passion for skill and performance, Kaspersky supports major sporting talents, in particular in automotive industry. Known for its long-term cooperation with Ferrari, Kaspersky also helps local talents to develop. Reinis Nitišs, who has proven himself as a talented rallycross and rally driver from Latvia performing great on international level, now becomes an ambassador of the company in 2020.

Reinis Nitišs has competed in rallycross for almost the past decade, where he has won two FIA European Championship titles (2013 in the front-wheel drive Super1600 class; in 2018 in the all-wheel drive Supercar class), has been on the FIA ​​World Rallycross Championship podium eight times in. In 2014 Nitišs reached third place in the overall standings of the season and still retains the status of the youngest winner of the FIA ​​World Rallycross Championship round. Starting from 2020 Reinis Nitišs has shifted his main focus on a new challenge and is entering the world of stage rallying with high aims for the future success.

“Reinis is an inspiring athlete in Latvian and world motorsport. He has a youthful spirit, perseverance, high working capacity and courage. These are qualities that are particularly close to Kaspersky, they resonate with the company’s values. We are happy about this cooperation and that we will support this passionate sportsman in his career. Now, with even greater enthusiasm, we will follow his progress and keep our fingers crossed for both this season and his results,” says Andis Šteinmanis, General manager of Kaspersky in the Baltic States.

Commenting on the new cooperation with Kaspersky, Reinis Nitišs says: “I’m delighted to be partnering with Kaspersky – a leading global cybersecurity company with a rich heritage in motorsport. I believe we share the same passion for innovation and a constant desire to succeed. We live in the time, where real world and digital world are so conjoined that one can’t be imagined without the other. Even in such a robust sport as rally or rallycross, where physical safety of the driver is achieved by roll cages, seat belts and racing suits, we still rely heavily on secure digital devices to keep our racing data and engine mappings safe, as that is one of the key puzzle pieces for a successful result in the race.” 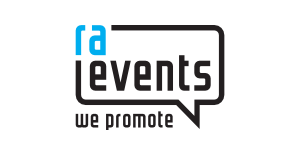 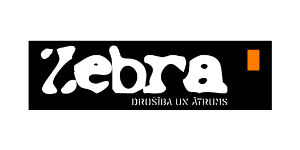